Exaltation has a minion!

The throne room was carved in obsidian and the black arches curved upwards to the shadowy ceiling. On the glossy black and red throne sat a tall, pale, figure. He was the King of the Harrows and this was his world. The time was coming when he would be ruler over Prash and every land would be his. It was very, very close. The assault had already been carefully started. A little bit of chaos here, a murder there, blight creeping in oh- so- slightly on the outskirts of a village. And now a new player had come to town, a necromancer who might be the catalyst to push a war to the breaking point. Ashbringer might be the wave to flatten the opposition beneath his feet as he rode the battles forthcoming, until they crested, fell, and were destroyed. He would be left standing victorious. Images of banners waving flashed before his eyes, dead bodies, decay, and voices burning into one wild rush seemed but a scarce breath away. That was one path, he reminded himself. The red foggy glow that was seeping onto his hands and roiled over his fingertips faded away as he brought the images to the back of his thoughts. Too soon, too soon. There were other ways this could go and he must explore them all..
wip
Colors/poses: 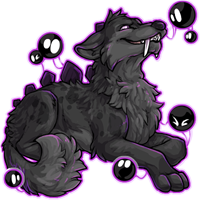 back one
Thanks to Ryn for letting me adopt!

Heirloom of the Sun Lord