Ambrosia has a minion!

No Curing the Roachie 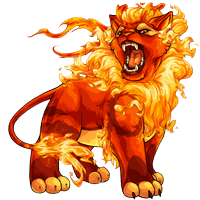 A the female reborn archan
brainchild of helix 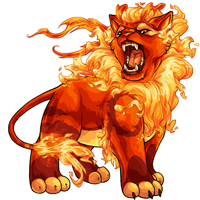 A the ♀ Reborn Archan (TO BE,, NOT CURRENTLY)
brainchild of sprite
2 Peter 3:10
“The heavens will disappear with a roar;
the elements will be destroyed by fire,
and the earth and everything in it will be laid bare.”

blood on the horizon
prepare for some very rambly, incohesive notes below
I-OE (ee-oy), HOME PLANET OF A & Q
- in their language, means “lap of the gods”
- a futuristic dystopia, far advanced and very volatile
- single world order, I-ORH (“yore”, means “mouth of the gods”) that reigns over the population
- I-ORH has reduced human life to little more than cogs in a wheel; most people exist only to serve the interest of the state
- SO people don't really have names, their names are just a letter and some numbers after it, like an ID
- Certain numbers denote the jobs they are sorted into

CLERON, a neighboring planet
- fairly peaceful planet, though they resist domination by I-OE
- an alliance of 5 major territories
- naturally produces rare children that have control over certain elements who are drafted into the army immediately
- these kids are so powerful that a small force of them could wreak havoc on I-OE if brought there (like cause the apocalypse)
- here, it rains diamonds like hail
- there is a boy that has control over diamonds
- can turn the diamonds into spear-like objects that pierce anyone coming for him (rly strong - unnamed)
- have to think of some other cool elemental things happening on this planet that ppl can control ~~

I-OE AND CLERON
- the two trade with each other but have a hostile relationship
- there is a war impending
- on IOE, experiments on the human genome (on genetically spliced clones) have allowed certain individuals to harness the powers of nature specific to their planet — this is a response to Cleron's mutant kids, a way for I-OE to defend itself in the event that Cleron's kids are ever sent to I-OE to start a war
- They’re genetically modified to breathe the atmosphere on Cleron and are smuggled there as scouts/infiltrators to assassinate/collect info on the most dangerous of Cleron’s army
- Their goal is to prevent the war before it really starts
- Began with 7 children/teens; present day — there are 3 left that haven't been caught and executed, including A and Q

RAMBLING IDEAS THAT MAYBE, PROBABLY DON'T MAKE MUCH SENSE
- maybe there was a certain mutation or gene on Cleron that they stole (kidnapped someone, experimented on them) to make their own mutant ppl
- AND they go to Cleron to assassinate the people with the gene so that they can’t reproduce and pass the gene down
- A BIG SURPRISE — A is a clone of the original kidnapped person and the spitting image of her
- (???) need to figure out how the above makes sense ?? maybe she is just told she looks like someone and has to impersonate her, but in reality she's an exact duplicate of her
- the I-OE government implanted her w/ fake memories so she thinks she grew up in I-OE (good memories, not the truth) but in reality she was just created a few days prior to when the story starts and is an exact duplicate of one of the most powerful kids that they were able to kidnap from I-OE (wanted to kidnap the diamond boy but had to settle for her)
- The mutant ppl on Cleron are more powerful BUT the IOE mutants have been genetically enhanced to live longer
- A sees a woman who looks just like her and finds out it’s the mother of the girl who was kidnapped whose DNA she has
- Woman tries to embrace her and she is confused
- ^ not a plot hole b/c the kids on Cleron grow up in a government provided facility and are isolated, taught to control their powers and kept far away from anyone to prevent them from hurting them
- A love story between A and the boy with the diamonds (unnamed currently)
- maybe the girl she's replaced used to be in a relationship w/ the diamond boy -- then she replaced her and he can't tell the difference so she basically takes over her life, is in love w/ her bf -- feels pretty guilty about it but doesn't want to tell him the truth b/c she fears he will hate her for something that is not her fault AND that he will expose her and she will be executed
- How does Q fit into this??
- Maybe A dies or something in the story, on her deathbed she sees her replacement who is literally another clone of her
- By the time she's on her deathbed she's realized how messed up I-OE is and wants to be on the side of Cleron, but she fails to convince the clone of this

Story snippets / ideas??
- when the story starts, she is on I-OE preparing to infiltrate Cleron by imitating the girl they kidnapped and cloned.

Everything was small, and dim. Fluttering, like ashes in the wind.

just realized this story's gonna be hella long !!!! RIP !
MAYBE SHE DIES AND WHEN SHE IS DYING SHE SEEES HERSELF and it's like WHAT,, they cloned me??? crazy

Core of the Island