Copied has a minion!

The clone of a man that has no idea how to live the life that is supposedly "his own", Kevin spirals out of control by excessively trying to be in control. Ungrateful for the "gift" of life he was given, he finds the most comfort in trying to distance himself from the image of his family and looking forward to the day he will die alone. Because he has so much apparent control over himself, he exists almost entirely without putting much thought into the fact there's more to his blood than just that of a human, and his failure to tap into that further shortens his time significantly. Fortunately, this is entirely for the best.

Kevin was created with about as much love as a product on a conveyor line. Devin, the man he was directly cloned from and expected to call his father, didn't know what he was doing either, setting him up to be a hard person from the start. It was by accident he grew up aggressive and undisciplined, and Kevin often took this out on his younger brother, Evan.
Embarrassed by the circumstances of his birth, his family life being unlike most others, and the amount of attention they attracted, Kevin fixated on his image and took to overcompensating for it. People tolerated him for what he had, not what he was. Pushing away his interests, he wasted his childhood.
Just how much he wasted was a slap in the face when Kevin put an ounce of thought into what it meant for him to exist. Just barely a teenager, it dawned on him that Devin's struggles would one day be his own; probable addictions, cysts, recurring cancer and all. Spiraling out of control from his newfound anxieties paired with his already vicious demeanor, he easily became one of the most hated people in town. Kevin knows it's justified that people despise him and prefers to keep things this way. Don't call him gay or he'll cry big baby tears about it and commit manslaughter to compensate. 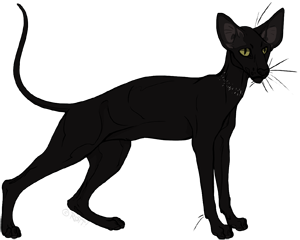 Matarael
some idiot that lives in our house