helix (get it)
CREDITS

helix (get it)
background by t masat @ unsplash

Come back later, I'm a work in progress.

notes & ideas
thank you so much,

Dawn!
songbird, sing for me

- the only child of a trickster/animal god
- he keeps her locked up in a cage as a raven in his library
- the trickster god also has a woman there (ciara) who he keeps hostage and makes tend to his every need (cleaning and organizing the books in the library)
- ciara and gillian are alone every day
- ciara cannot speak to gillian, but gillian sings for her
- in return ciara reads her books every day and falls in love with her
- one day, ciara finds a book in which an evil wizard curses a girl to live as a raven
- she finally understands
- one day she sets her free, but as gillian is flying away, her father kills ciara in return for her freedom

what i wouldn't give to be in my cage once again
songbird, you will never be free.

songbird, sing for me.

This is what he commands me every day. But, father! I want to cry out. Please! How long must you keep me in this cage?

But no longer do I have lips with which to form those words. I can open my mouth but what comes out is a melody, not words. I stare out of my golden domed prison at him with black eyes.

He bends over and smiles at me with the pointed teeth of a lion. He looms over, a giant.

"Oh, sweet songbird," he says. "When will you understand that I just want to protect you?"

What can I do but preen my feathers? Flap my wings? But I cannot fly, for this cage holds me.

He used to take me out of this cage until I drew his blood with my sharp beak. That day he swatted me with the paw of a lion and nearly devoured me. My wing still aches.

He jingles the lock, then recedes. He does not say goodbye, for he knows I will be here when he returns.

I watch as he walks towards the door, his shape elongating until he takes the form of a wolf. That is how he prefers to collect the sacrifices that the people in the village leave him. He says the fear makes them taste better.

I remember the days when I was young and he used to take me into the forest. He would hop as a jackrabbit and I would follow him, tripping over twigs until finally he took pity on me, and turned me into a raven. That was always my favorite. I soared for miles and watched him hopping below, like he was my prey. But I would never dive for him.

The villagers call him Zaar Deios. Shapeshifter. He plays with them like a shark with a fish. He likes to appear before them in his most terrifying form, so they will be loyal to him for ever. So that they will not worship the gods of the sun, of the sea, of the forest.

He told me stories once that my mother was the only one who didn't fear him. She approached him, curious, and he turned into the most dreadful things he could, but she was not afraid. She aimed her bow at him but she did not tremble.

I wish I had her spirit. I sit in my cage, and I shake in utter terror when I hear him return. I wonder if mother would protect me from him, or if she loved him. I can't imagine she did. But I never knew her. She is long gone now.

Father binds this place with a protective spell. He says it's for my safety, but I know it's a binding spell to keep the gods from escaping.

Father is a jack of all trades. He collects other gods so that they will not earn the loyalty of the people, and he keeps them like he keeps me. We are locked in cages, unable to speak, but we used to look at each other often, with animal eyes.

I do not see them anymore with these black eyes. Ten years ago, Father moved me into the library. He said he wants me to be closer to him now that I have served my fifty year sentence.

Fifty years is a long time, but for gods like father it passes in the blink of an eye. I am not sure how much of my life I have lost. Father says I am not like other humans. I am not like my mother, so I will not die. But Father loves tricks. He cannot be trusted.

The upside of the library is that there is one god that father doesn't keep locked up. Father trusts Elaon more than he trusts me. The people used to call her Elaonkir Voora. Summer solstice. But that was before father caught her in between his jaws at dawn one summer 253 years ago. Now the people barely remember her, because her worshippers are long gone.

She is thin and frail, because she has not had a sacrifice save for the one father gives her every 20 years. But father will not let her die. He says it is because she does good work in the library. But I know father loves her, for she is gentle and kind, and bright like the sun.

Elaon will never love father. He is not gentle, nor kind. He is terrifying and he is savage; he rips through people like??, and he has no mercy. But Elaon will never say this, and father will keep showing up before her as a mouse, leaving her gifts here and there, and making her read his books to him, some as old as the beginning of time. She reads in a language I do not understand, but father does, and her voice is as sweet as honey, infused with sunshine.

songbird, sing for me.

What Father must not know is this: these are the words that Elaon asks of me every time father leaves. She knows where the key is, and she lets me free every time she leaves.

I sing for her, and in return, she reads to me in ancient tongues.

Today, she reads to me a love poem inscribed on a sea pebble. She said it is from the time when the sea gods ruled the world and everything was in chaos. She can read runes from the time before I lived.

Like the water covering the earth,
the currents ebbing to and fro,

like the moon that pulls the tides,
the inescapable force,

so are you to me,
and I will always return to you.

Elaon seems to read my thoughts, for she explains to me who wrote it.

"Two gods of the sea, nymphs," she says. "They loved each other very much, and they lived together a long, long time."

She puts her face to the bars of my cage.

"Sweet songbird," she says. "Sing a song for me to take away my pain."

I sing for her in a voice melodic and sweet, and a smile plays on her lips, and light infuses her limbs. She sighs in wonderment, and bewails my fate.

"My darling," she says. "It has been ten long years together, and your voice will never cease to make me happy."

I stare back at her with black eyes, for what else can I do? I hope she understands the longing and love I feel for her.

"I think our time is coming to a close."

I cock my head. My heart drops. I think of what Father must have done to her. Is he withholding her 20 year sacrifice? Will father really kill her, after all this time? Or is he letting her go? I suppose I should be happy, but I cannot imagine losing the light of my life.

"I have found a book in your Father's ancient library, and I want you to hear it."

"I have been selfish, my darling," she says. "For that I am sorry. But finally, I have found the strength to let go."

I watch in disbelief as the light leaves her eyes. She touches her hand to the wall and sighs. In shock, I see, vividly, her light being absorbed into the walls. It travels toward the unbreakable window, which shatters.

For a second I cannot move, but finally, finally, with one last glance at her, I fly.

But what I wouldn't give to be back in my cage with her voice in my ears.

Once I am away from that wretched place, I fly toward the rising sun. Somehow, the world seems so much darker without her. 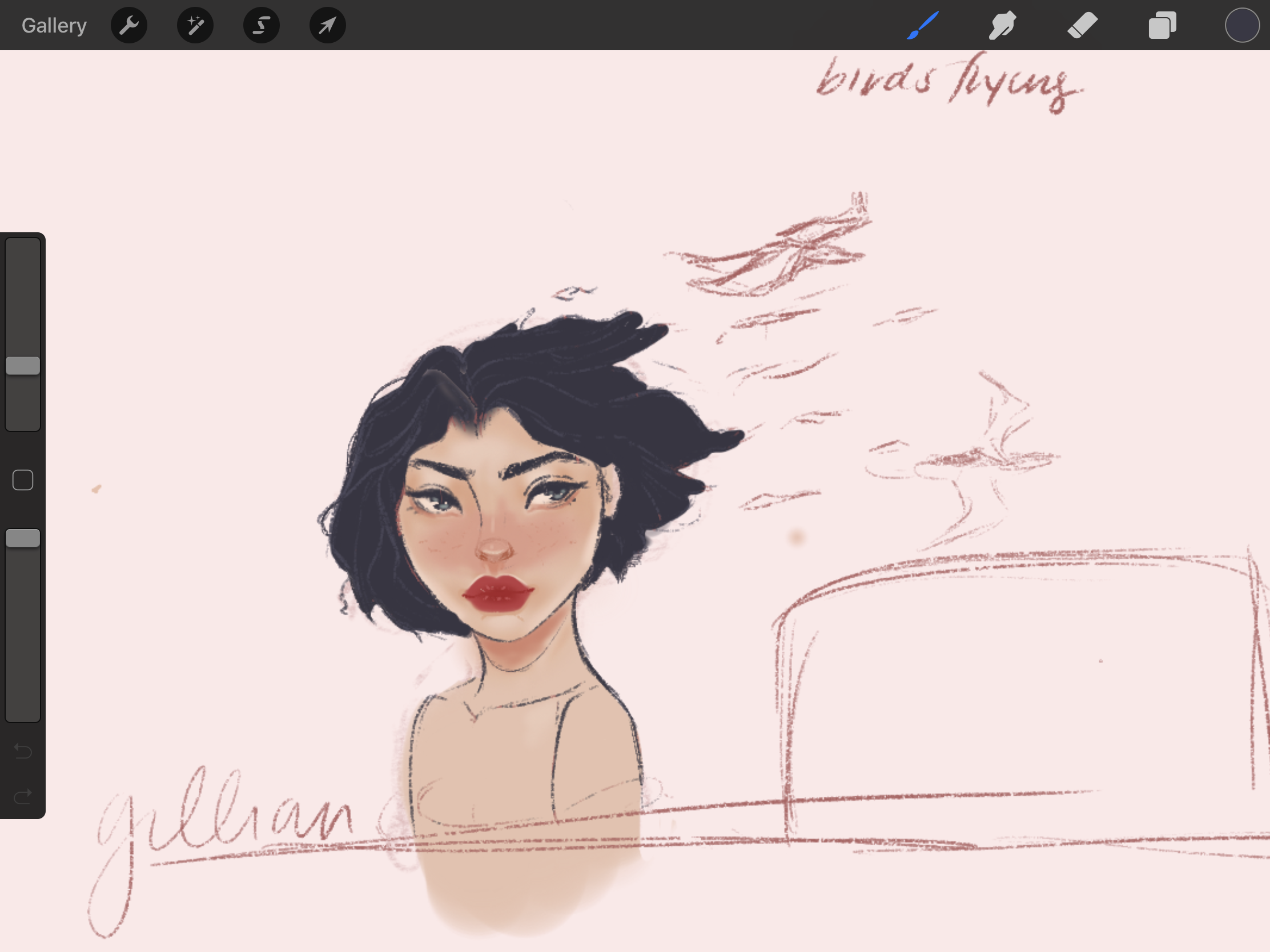