Ricarda has a minion! 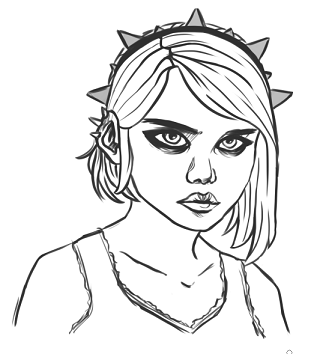 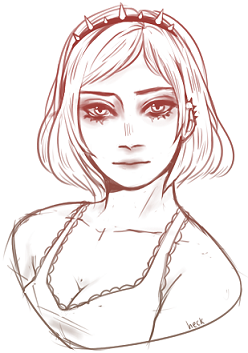 I wanna stay inside all day
I want the world to go away
I want blood, guts, and chocolate cake
I wanna be a real fake

And the day has come where I have died
Only to find, I've come alive
At first sight Ricarda is only an average 19 years old young woman. The truth however is very different. Living with her mother and her stepfather in a wonderful house in New York City, she often feels like a caged bird at home. Ever since she was taken away from her father, her life became more and more miserable. Worrying about him being able to care for himself all alone, her thoughts often circle around him the whole day. She is scared of his addictions, what the alcohol makes him do, all the pills he just takes without thinking about the consequences. Scared of what he could do to himself without her at his side.

For years he tried to hide his alcohol addiction from her, but slowly his facade crumbled when Ricarda found his secret stashes of alcohol in the most strange places of their home. The following months were filled with doubt, hope and the fear that the children in her school could uncover the truth about him. She was ashamed, and at the same time mad at herself for being ashamed. She lied about his addictions, told everyone in school that everything they heard about him were just lies, told everyone that he was okay. That she was okay.

They both weren't. Things escalated, and Ricarda was taken away from her father when she was almost 15 years old. She became insecure, started to hate herself for things she couldn't change, but also for things she did instead. Things that made everything involving her father even worse. More complicated.

Every day she tries to be strong, for herself and most importantly for him. She wants to find a good job, she wants to leave her home, and she wants to live with her father. Ricarda hopes that he will one day be strong enough to fight again...

* "Manly". Independent. Dominant (but not in a bad way). Serious. Cold. Grumpy. Black humor. Weird. Creepy at times.
Absolutely NOT a typical girl. Only has boys as good friends, thinks most girls are disgusting.

* Likes: her father, Josh ♥️, mountain climbing (something she did with her father often, she also learned freeclimbing from him), Paintball, video games (mainly horror/survival), collecting creepy dolls (the only cute doll she accepts is the one her father gifted her on her 5th birthday), zombies, anything horror related, thunderstorms, black things, sour candies, piercings, tattoos, leather

* Dislikes: people who treat her father badly, alcohol, animal and child abuse, liars, cheaters, people talking about her behind her back

Scrapbook from a Lifetime Ago Insane
The only person who knows everything about me.