Anne was used to being on her own. While she was closest with her older brother Aiden, the age difference was often a barrier. Aiden always wanted to spend time with Allie, who was his own age. Of course spending time with her meant he also spent time with Cayne. So Anne ended up being leftovers whenever Aiden was mad at Allie or Cayne.

Even so, Anne didn't mind the solitude. She was a quiet girl, didn't complain much. She had plenty of toys to keep her busy on her own, and books when toys failed to capture her attention. Her parents were quite well-off, what with the fortune Matteo had accumulated over the long years since he'd been turned into a vampire, not to mention the inheritance of their large home in Italy from his parents. Their entire estate was left to him when they died. (Of course the human court system didn't know that Matteo had been the one to kill them, they just knew they were brutally killed in their own home.)

Now that Anne was older, she minded the solitude even less. She was 21 now, the youngest of her family. She toyed with the idea of going away to college, or some other such adventure. But she was just the tiniest bit afraid to be off away from what family remained at the family home. She had never been around humans alone before. Of course she wasn't afraid of losing control or freaking out, but she was worried she might say something odd or out of place. Growing up in a house full of the supernatural had is perks and consequences. How was she to know what might be considered strange at this point?

Her worries turned out to be ungrounded, because when she told her parents she was thinking of going off on her own, her mother, Evelyn, freaked out. She absolutely refused to let her youngest go. Of course that was not her decision to make, Matteo insisted. Anne could tell he wouldn't mind having less people around. She often sensed her father, while used to having children at this point and family, wished he could have a bit more solitude sometimes. Obviously it didn't offend her that she could tell that, she understood. Five children could be a lot, especially when they had all been underage. Not to mention the constant presence of Cayne's henchman, Gideon. Since Cayne could not stay one hundred percent of the time to watch over the family due to his curse, he often had Gideon fill in the absence.

The man in question was a vampire, with dark brown hair and bright blue eyes, he stood out. Vampires didn't generally have light colored eyes. But of course he insisted on wearing dark clothing, only playing to the traditional vampire stigma. Anne could admit that despite this, he was pretty good-looking guy, with his chiseled jaw line and tastefully touseled hair. He may be the strong silent type, but he was nice to look at, too. Plus, of course, when he did talk, he had a very attractive Irish accent.

It was always a very full house. This was the point Anne pleaded to get her mother to unclench. Evelyn eventually relented, but brought up Gideon to send with her for an extended vacation. The trip was all paid for by Matteo, as a gift for her most recent birthday. The trip was actually a belated gift, as it was being offered to try to appease her trying to leave.

"But why?" Anne blinked, puzzled.

"Because it will ease your mothers' conscience." Matteo sighed. Together they sat on Anne's large queen bed, her father turned slightly toward her. He wore dark jeans and a simple t-shirt. He appeared tired, and Anne felt for him. She'd heard her parents arguing into the night. Over her, obviously. She hated that, she didn't want to cause problems between her parents. They went through enough rocky stages as it was.

"This was the only compromise she would accept. She's reluctant to let any of you go." he added, taking his youngest daughter's hand. "We both knew it was coming, but she's...emotional. You were her last baby, Anne."

Anne squeezed her father's hand back, and smiled up at him faintly. "I know. I wish she wouldn't worry. I need to learn sometime." she bit her lip. "But why does bringing Gideon make her feel better? He's so...stoic."

Matteo chuckled softly. "He can protect you. That's what she wants to know, that you're safe." he sighed. "I know he's not the most cheery of company to have around. Besides I'm sure if it all turns out nicely and you return safe from the trip, she'll let you move out when you want to. She just wants to know you're okay."

Anne rolled her eyes toward the ceiling with a long sigh. "I'm not an idiot, dad, I can take care of myself." But she shrugged her shoulders and patted her dad's knee. "But I know you'll get more sleep if I say yes. Can you imagine Gideon at the beach?" she paused and her brows furrowed. "This is going to look like a...honeymoon or something. You guys bought me tickets to Aruba, that's definitely a couple's vacation. Aren't you worried about him...you know, making a move or something?"

Matteo snorted with laughter this time. "Have you ever seen that guy even crack a smile? He's basically going to be your bodyguard. But I suppose yes, that's the cover here. He won't seem out of place. I don't know darling, see if you can get him to loosen up."

"Did he even agree to this? Oh god, he probably hates all of us, and especially me!" Anne's cheeks burned as a flush crept up her neck. How embarrassing! He probably thought she was pathetic.

Matteo shook his head, brushing her long dark locks back from her face as he did so.

"No, darling. It's going to be okay. He already agreed, your mother insisted on calling to ask him last night."

And so it was settled, her very first excursion away from the family home at twenty-one was to be chaperoned...by a very good-looking vampire family friend that she'd known forever.

Why was she so nervous? 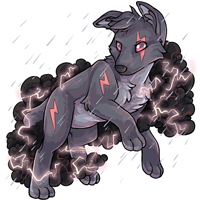 Father of all the following children, and Anne of course.

Matteo became closest with his youngest daughter. But that could be possibly because she never gave him nearly as much trouble as the other 3 girls. She was the lowest maintenance and never got into any real trouble. 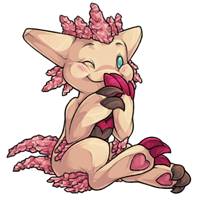 Mother of all the following children, and Anne of course.

Evelyn of course is quite attached to her youngest daughter. Anne is her baby, the last one living full time at home. She doesn't look forward to letting her last child go free into the world. But Matteo doesn't want any more children for now. He frequently could be heard stating that the five they already had were too many for the short span of time as it was. That didn't stop Evelyn from constantly trying to change his mind of course. 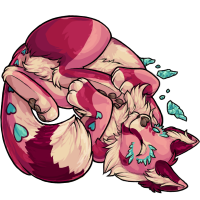 The oldest sibling. She can be a pain, and a little rough around the edges, but she means well. Protective.

Allie and Anne have a good relationship, but the age gap is an obstacle, they aren't very close. Allie was destined to be a part of Cayne's life many years before her conception, and as such found love early in her life, thus separating her from her other siblings rather early. 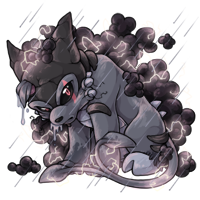 Twin of Alessandra, the younger and smaller. He's very smart and on the shy side.

Aiden is always there for advice and help, or just to support his siblings whenever is needed. He's kind and doesn't mind having all female siblings. Anne is closest with Aiden, of all her siblings. 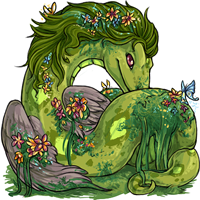 Andrea is the promiscuous sibling. The older of the second set of twins in the family. She seems to have slightly more vampire in her than the rest, but isn't unkind.

Andrea cares for all of her siblings, but doesn't overly involve herself in their lives. She drifted a bit apart from the others early on and ended up in trouble plenty of times, both with boys and drugs once or twice. She's a kind enough girl, but often misguided. Since she has an identical twin, she strives to separate herself. 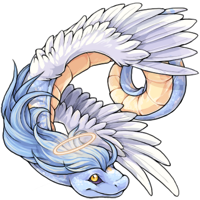 Angela is the second youngest sibling, born just six and a half minutes after her identical twin sister Andrea. She is the polar opposite, aside from looks, of her twin.

While she is close to Andrea, Angie is quite different. She understands her twin's need to separate, but often finds herself trying to pull her time and again out of trouble. Being so preoccupied with Andrea means that Angie never quite became close to Anne, leaving their youngest sister quite alone.