- Look something like Botanica from transformers
- She is more plant than humanoid
- Tied into Zaps story
- From a planet that doesn't have music
- She is a high priest and tends to do the weak hearted
- Transmission Zaps world discovers is from her ancestors whom banished music in an attempt to assimilate the population
- Zap bring music, Zap dies in the end


6th of her name, a member of the Great Ministry of Priestess'. Meant to inherit the mantle and become leader of the commission of cultural advancement. Opera would reach maturity sometime in her 30s in earth years. Completing ones evolutionary period would take them from a sapling to a full grown plantoid. Plantoids as viewed by humanity might look something like a normal human however they have skin colours in different hues of green. Prior to their evolutionary period, A sapling is unable to be seen by human eyes. Due to this there is no information available about their adolescence.

Part of Opera's ascension was learning her history. She learned about how saplings were invisible before maturing, and the history of how her people become to be peaceful and the mantras that were established throughout her life. She was a simple creature living a simple life, that is all about to change when a mysterious creature from beyond the stars comes to answer a call that history suggests never existed.

It was a cold night in Opera's world when Zap appeared. A man from beyond the stars. His arrival rocked the vary foundation of their tiny planet. It was hard not to notice his entrance as the first thing he did when the bridge came down was begin shredding his guitar. As everyone else looked on in disgust Opera was brought into a world she'd never seen. The sound that emitted from this creature, that could only be seen by others as a nuisance was slowly bringing Opera to a point of no return. He opened his mouth and begin to sing. The sound that came from his mouth was more alluring than his rifts.

Before he was finished Opera had fallen in love with Zap and he was taken prisoner.

"It wasn't enough that he made so much noise when he appeared, but his appearance was so grotesque I don't know how anything could lay eyes on each a disgusting site" - An Elder spoke upon a gullible audience. Having never seen such a creature who are they to disagree with the judgement of this Elder. The judgement was that he would and his guitar would be destroyed. Unable to forget the music and life he gave her, Opera was determined to save him.

Late in the night Opera went to the holdings to help Zap. They narrowly escaped and ended up finding shelter in an abandoned temple close by. Opera had no intentions of escaping with him but in the heat of the moment she was swept up by his charm again.

During the time they hide together in the temple, he discussed Earth with her and it's freedom of expression. He explained music and art and even their version of religion.
"Hey, Why would your people send a transmission across the universe just to attack the first person trying to live-in up the place", Zap inquiring about something Opera didn't know.
"I don't understand this question?", Opera looked upon him with great confusion and he began to go into detail about a message sent from an "Op-era", the message pleaded with any intelligent civilization to bring life back to their world.
"Op-era, that's first of my name. She would've been some 200 years ago. That message must have been very old. Old enough history did not record it.", She paused for a moment and reflected on the new information. Shaking her head she perked up and smiled, "Will you teach me?"


"The lost priestess Opera disappears without a word for a full fortnight and returns expecting an audience to hear her plea for our benevolent Elders to reconsider their judgement.", Opera made the decision to return to the ministry and beg them to reconsider their conclusion for Zap. The chamber huffed with discourse. Others were not impressed, much to be expected as this ordeal caused them to break a vow of silence that had lasted a complete solar cycle. They privately traversed about the situation and returned shortly after,

"Bring him here and we will cast final judgement. I promise no harm will come to him before that."

A lie that neither had seen until it was too late. When he joined them they had thrown a party and asked him to play the reception. And as I drifted into the darkness my vision grew narrow. Beyond the darkness I could see him, shredding his beastly guitar. He played me into the abyss, I felt his grasp around me, holding me tight as I faded away. I could still hear it, the music I learned to love, from the man I loved. The human from another world, not destined to be anything in ours. He became my entire world, and I his. We became one together, amongst the stars. 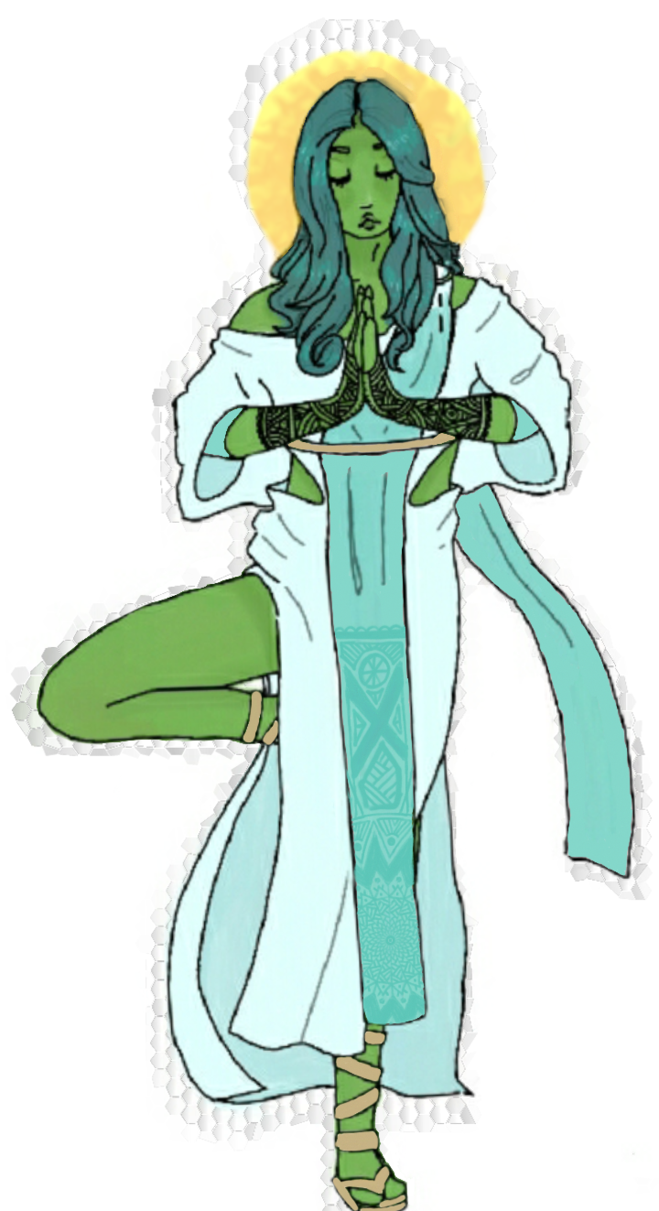