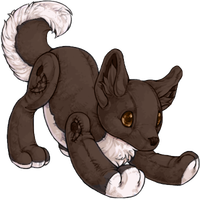 Vandal took a deep breath as he opened his eyes to the packed plane. The smell was well interesting and completely different than he expected or experienced, it was like .. well... poop and spice. He couldn't exactly describe it without adding the poop smell.
The people seemed to know no order nor kindness as they all rushed to get off the plane. After 9 hours, he couldn't blame them, but still. Where was the old addage of woman and children first? They were last. The men first. Strange.
With his lone carry on, a back pack filled with personal items, he followed the crowd of pushy smelly people wearing mostly dresses and diapers on their heads. Maybe he should have did more research about where he was going.

The air port terminal seemed just as confusing, the wiggly lines that were somehow supposed to be words scribbled here and there did not help his understanding any. Finding the whirrly carousel for the luggage, he picked up his vibrant red suit case off the line up and hauled it up n' out. Watching the carousel go around, he faintly wondered if it would hold his weight, and if he could get away with riding it once - maybe on his way home. In case he got in real trouble for it.

Turning he headed to the exit and stared. There was nothing but brown faces, in fact he never had seen so many brown faces with black hair before. The strange language assaulted him just as much as the smell of Body Odor. Remembering the few things he looked up before coming here, had been don't take a taxi, so he headed towards a line of men and rickety carts with little canopies atop. He picked one of the Rickshaw drivers that looked fit and muscular enough for a journey and his trip.
"Uhm Excuse me?" He called walking to the driver.

With a nod. He pulled out the worn paper. "Messatine?" Vandal asked.

"How much?" Vandal asked curiously.

Vandal pulled a loose twenty out of his vests pocket, handing it over to the driver who snapped it up. Jumping up with his roll a long suitcase, Vandal tried to sit in the middle and sit still, suitcase between his feet.
"I'm not too heavy?" he asked curiously.

"No, no! American good!" The driver laughed pulling out into traffic and running along.

Vandal held on in elated terror. The dirt and mess of people, traffic and congestion seemed to stretched forever and ever. It was like the whole world was a mess of mass confusion and chaos that seemed to have very little order. Cars merged without blinkers, the rickshaw wobbled and weaved along taking over cars and people too. There were four to five people a whole family! Piled onto one moped. Motorcyclist without helmets. No seat belts. It was insanity!

Finally the daunting city gave way to open sewage and men deficating on the open sidewalks. Most men wore the wrapped diapers on their heads, and the well... some others wore sheets over their body walking like dark colored ghosts.
Vandal looked around confused. "Where are the woman? The girls?" He spoke up.

The rickshaw driver laughed. "The smart ones stay home. The others walk with their husbands." He replied.

Frowning Vandal watched closer for any sign of woman. As they passed along side the tin buildings, no more than metal walls, and a roof on dirt, crowded around like mishmashes of huts, did he finally see woman sweeping and washing clothing in dirty buckets of water as children ran around barefoot on the hard ground and practically naked. Kids were the same everywhere he guessed.
Would that had been his life if he stayed here? the rickshaw bounced over the terrain until it turned down a dusty rutted road towards a stall of camels and more dudes in dressed. What was up with the dresses? Was the heat that much? And why white of all things?

"Far as I go with you." The rickshaw driver said.
Vandal flipped out some roupees and handed the funny looking money at the guy. "Thank you."
The driver smiled insanely. "Knew I do good." he nodded taking the money and heading away.

The men looked at him with deep frowns and narrow eyes. "American?" one spat on the ground.

"Uhm.... yeah.... looking to get to Messatine." Vandal stood nervously. The rickshaw was already bouncing away fast.

"Why!?" Another dressed man snapped.

"I'm... I'm looking for Jenner of Messatine." Vandal sucked in a breath.

The mens attitude seemed to change dramatically. "You want Jenner?"

"Yeah, there more than one?" Vandal asked as one of the men walked over, taking the suitcase and carrying it to one of the standing camels.

"Not of Messatine." One grinned showing his dental hygiene decay.

The broken English was at least becoming more easier for Vandal to understand as he got up on the smelly beast with rugs to balance him. The man before him, mounted a second camel, and taking the reins, lead Vandal's smelly slobbery beast along.

The hot sun started to melt down into the horizen. Baking the sand and all on it. The shrubs looked as parched and crispy like any other desert plant he'd seen. Rocks, and sand and more rocks gave way to sand, hills, sandy hills and sand dunes.
The carpet saddle chaffed his butt, picking him through his jeans. The camel smelled, it was far from the pleasant scent of horses. Heck even COWS smelled better than the beast he was riding on.
off in the distance, Vandal spotted a herd? of wild? camels honking and mooing in the strange ways they do, sauntering with lazy paces to get farther from the humans and tamed two hump camels... huh...
Alice the camel has 100 humps - He sang in his head as they headed towards a mountain. Alice is a horse! he mentally cheered as they reached the small town.

"This is it?" Vandal asked looking over the maybe two dozen homes. What were they made of? Backed mud? Where did the timber come from that poked out of some of the roofs?

"This is Messatine." The camel jockey nodded dismounting.

Vandal slid off, then down, and onto his butt into the sand. The camel danced sideways making that deep moo-honk sound of disapproval. Trying to get up the teenager laughed. "My butts asleep." He complained trying to have some dignity as he got to his pin and needle filled feet.

"Long trip. Go there." The jockey stated handing the suitcase to the kid, pointing to a building that looked like ALL the other buildings.

"Great... Thanks." Handing over a couple of slips of rupees, he got the same enthusiastic nod of thanks before the jockey headed off behind some other building.

Groaning at the incredibly long ride and how tired he was, Vandal wobbled his way into the building and stared at the darkened room for a few minutes trying to get his eyes adjusted.It was nothing more than a bar? an Inn? A... well it looked just like Rattlers just dustier and more ominous. Walking to the bar Vandal frowned suddenly realizing he had no idea how to speak the language or if these people knew English.

The man wore a dark wrap-thing on his head, and a black dress looking at him with distaste and possibly death.
"I'm looking for Jenner of Messatine..." Vandal Stammered.

The man looked him up and down. He pointed to the back room. "Sleep. Jenner come." he snapped.

Looking at the room, then to the dark clad man, Vandal nodded heading to the pointed out room. The mat was straw, it was obviously straw wrapped in a poorly sewn rug like on the camel. Laird with some sort of blanket.
"Reduced to livestock, oh Mary I understand thy woes." He chuckled flopping down his backpack and kicking his luggage to the head of the loosely termed bed. Then flopped on it, wincing at regretting his choice. - "Don't flop." he reminded himself before yawning and falling to sleep.

Voices dragged him from sleep kicking and screaming. Rolling over, flopping an arm over his face. Anything to stop the strange dialect and irritating laughter to stop. It wasn't working and he finally opened his dark green eyes.
Looking up at the strange material above him, feeling the aches in his back and legs, Vandal realized the most important thing.
'I get to meet my father!'
The thought alone had him jumping out of the low bed, followed by the immediate flaying as he fell onto the dirt floor.
Jet-lag certainly has meaning.
With a groan, the teenager slowly climbed back onto the bed and sat. Rubbing his knees and thighs to get them to work again.
The voices driving him to work out the kinks faster as he stood and took unsteady steps to the door. Opening it slowly, he followed the noise until he stood before four men at a table.

The only one that looked at him seriously had the same nose and eyes that stared back in the mirror.
Heart thumping in his chest, Vandalic opened his mouth unable to speak. He'd waited his life time for this moment and now. He had no idea what to say.

"Hello." The voice deep and gruff spoken in English tore Vandalic from his thoughts.