Railroad has a minion!

Body infested with a parasitic alien at a young age, Railroad was locked in a basement bathroom by his terrified family, left there for years and only fed out of pity. In the time it took him to make his escape, his mental state had become unstable and his ability to interact with the outside world was primitive, at most. He had been reduced to fighting and stealing to stay alive, completely asocial and aggressive. Ariel is the only one who bothered relentlessly attempting to gain his trust; eventually he was successful. Practically opposites, the two become very unlikely best friends, growing up together under the same roof. Ariel, unfortunately, has an accident years later; Railroad is left on his own again, where his past actions eventually come back to get the better of him. 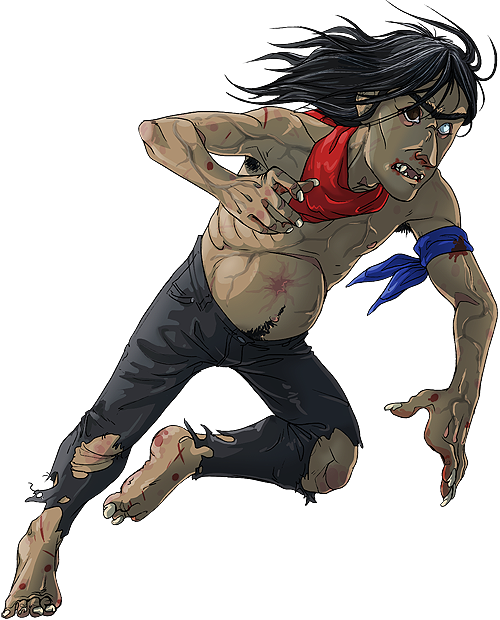