Liley has a minion! 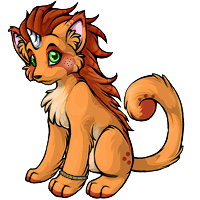 Liley has a minion!

My family is quite well known. For good things. My father is a successful and highly respected D.I. at Scotland Yard. He's up for the position of Director. My mother played professional women's soccer and helped her team make it to National's. She retired to raise a family and now that we're all grown up and flown the nest she assists in training pro soccer players and is a motivational speaker at girl's schools. I played pro as was well, began when I was 17, and was also quite successful. I made the winning goal at Nationals and was scouted for the Olympics. I'm 26 now, retired, and living off of my lucrative income and advertising deals during my pro days. I was raised in a loving home surrounded by many loving relatives who were also living good, happy lives.

Scorpius, well... His family is also quite well known. Just not so much for "good" things. He's related to war criminals, serial killers, assassins, terrorists, powerful megalomaniacs, rulers of secret underground governments and happens to be the wealthiest and most eligible bachelor in the UK. Did I mention he likes puppies? A very redeeming quality in my mind. He has an eidetic memory and is extremely intelligent. He could have tested out of school early but his parents made him stick it through because he needed some "normality" in his life. Probably true.

We met during my first year at the boarding school we all attended. He's two years older than me, the same age as one of my brothers. Truthfully, I had always wanted to meet him, having grown up hearing rumors and gossip about his family. I was intrigued. Star struck really. That first day of school, I think I scared him. I was quite tall for my age, with long bright red hair, freckles, and a very outgoing personality. Scorpius was not tall, pale all over, and very introverted. I bounced up to him, stuck my hand out and said several things very rapidly that I don't even remember what they were any more. I do remember that he stood there with his mouth agape looking at me like I had two heads. This was quite endearing to my 11 year old self. It took some time, but he eventually warmed up to me. Or I wore him down. Whichever. When I was 15 we began dating. And we've been dating for the last decade... When he took up ownership of an old family property out in the country I even moved out to and rented the cute little cottage on the grounds after I retired, just to be a bit closer to him. Still nothing. I know it's really just a matter of time. I just need to be patient. And ignore the ticking of my internal clock. It's ticking like a time bomb I tell you! So. Much. Ticking... Maybe I just need to take a page from my 11 year old's book and go right up to him and confront him myself. He even has a ring...the idiot... 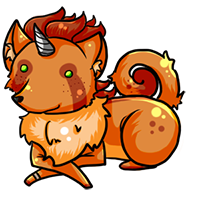 Credits: Overlay edit, profile and content by me. Art of Liley and Scorpius by Tianaroo

Year of the Rat Plushie

Scorpius.
Boyfriend. Someday things will settle down at his place and it'll be my turn. *grins*