Romeo has a minion!

Zay
Everything else by

Limerence is a state of mind which results from a romantic attraction to another person and typically includes obsessive thoughts and fantasies and a desire to form or maintain a relationship with the object of love and have one's feelings reciprocated. Limerence can also be defined as an involuntary state of intense romantic desire.

Limerence is defined as an acute onset, unexpected, obsessive attachment to one person (the limerent object). Limerence is characterised by internal experiences such as ruminative thinking, anxiety and depression, temporary fixation, and the disintegration of the self. Limerence is characterized by intrusive thinking and pronounced sensitivity to external events that reflect the disposition of the limerent object towards the individual. It can be experienced as intense joy or as extreme despair, depending on whether the feelings are reciprocated. It is the state of being completely carried away by unreasoned passion or love, even to the point of addictive-type behavior. Usually, one is inspired with an intense passion or admiration for someone.

In cases of unrequited limerence, transient relief may be found by vividly imagining reciprocation from the limerent object. Feelings of limerence can be intensified through adversity, obstacles, or distance—'Intensification through Adversity'. A limerent person may have acute sensitivity to any act, thought, or condition that can be interpreted favorably. This may include a tendency to devise, fabricate, or invent "reasonable" explanations for why neutral actions are a sign of hidden passion in the limerent object.

All events, associations, stimuli, and experiences return thoughts to the limerent object with unnerving consistency, while conversely the constant thoughts about the limerent object define all other experiences. If a certain thought has no previous connection with the limerent object, immediately one is made. At their most severe, intrusive limerent thoughts can occupy an individual's waking hours completely, resulting—like severe addiction—in significant or complete disruption of the limerent's normal interests and activities, including work and family.

The sensitivity that stems from fear of rejection can darken perceptions of the limerent object's body language. Conflicted signs of desire may be displayed cause confusion. Often, the limerent object is currently involved with another or is in some other way unavailable.

A condition of sustained alertness, a heightening of awareness and an enormous fund of energy to deploy in pursuit of the limerent aim is developed. The sensation of limerence is felt in the midpoint of the chest, bottom of the throat, guts, or in some cases in the abdominal region. This can be interpreted as ecstasy at times of mutuality, but its presence is most noticeable during despair at times of rejection.

Awareness of physical attraction plays a key role in the development of limerence, but is not enough to satisfy the limerent desire, and is almost never the main focus; instead, the limerent focuses on what could be defined as the "beneficial attributes". The sexual aspect of limerence is not consistent from person to person. Most limerents experience limerent sexuality as a component of romantic interest.

It began with limerence for Erik and continued to be the baseline for the "relationship". At some point, Romeo made the leap to erotomania, believing that the feelings were reciprocated, and they had gotten married.

Erotomania is a delusional belief that a person is in love with the affected individual, despite contrary evidence. Denial is characteristic with this disorder as the patients do not accept the fact that their object of delusion may be married, unavailable, or uninterested. Commonly, the onset of erotomania is sudden, and the course is chronic. Problematic behaviors include actions like calling, sending letters and gifts, making unannounced house visits and other persistent stalking behaviors.

The patient expresses an idea or belief with unusual persistence or force, even when evidence suggests the contradictory. That idea appears to have an undue influence on the patient's life, and the way of life is often altered to an inexplicable extent. An attempt to contradict the belief is likely to arouse an inappropriately strong emotional reaction, often with irritability and hostility. They will not accept any other opinions. The patient is emotionally over-invested in the idea and it overwhelms other elements of their psyche. It is a stable disorder characterized by the presence of delusions to which the patient clings with extraordinary tenacity. The individual experiences a heightened sense of self-reference. Events which, to others, are nonsignificant are of enormous significance to him or her, and the atmosphere surrounding the delusions is highly charged.

Telekinesis (also known as pyschokinesis) is the power to move, manipulate or otherwise interact with objects/matter with one's mind. Commonly, the most basic and fundamental trait of Telekinesis is to move or otherwise interact with objects (or alternatively, to generate and apply physical force on a target) both from a distance and without physical contact. As the ability is connected to the mind of the user, it can either be activated and controlled through conscious effort and concentration, through willpower and emotions of a particular level of intensity, through achieving a state of discipline and serenity, or simply through the whim and desire of the user. Moreover, these aspects of the user's mind and mental capacity at large can affect the capabilities and efficacy of their power, as well as its limitations. Linked to or unwittingly triggered by emotions, thoughts, dreams, causing the user to be unable to control or possibly even access their ability.

Levitation: To lift an object, e.g. raising a pitcher several inches into the air.
Orbital Field: To make objects and possibly energy orbit around the user.
Telekinetic Maneuver: To alter an object's directional course, e.g. changing what number a dice lands on or deflect an opponent attack.
Telekinetic Pull/Push: To pull objects towards the user or to push objects away from the user, e.g. yanking a book off a shelf or sliding a cup across a table.
Weapon Calling: To call weapons to one's hand.

:blue_heart: Stalker's Tango - Autoheart
:cyclone: Obsessed With You - The Orion Experience
:blue_heart: Creepin' up on You - Darren Hayes
:cyclone: All I Need - Radiohead 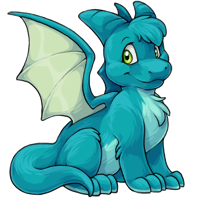 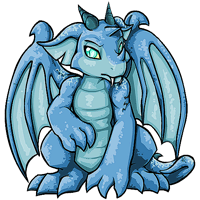 From what I remember they loved books and stories of fairytale romance, and named me after the book Romeo and Juliet. But I was born with a terrible curse. We lived in a house on a cliff by the beach, and every day my mom would make me a sandwich for lunch and my dad would show me how to play his ukelele. I don't want to talk about the rest... I didn't mean to... the bad thing happened and I was put in an orphanage and the childhood stories were all I had left. I continue to read a lot to this day. But due to my terrible curse it was hard to keep it hidden and fit in. The other kids there would see me doing weird things and tell me that no one would ever want me, that no one would ever adopt me because I was too much of a freak. My bunkmate would especially tell me this as I slept on the bottom bunk. They were right, because no one did ever adopt me. When I grew up I left the orphanage and returned to my childhood home, but another person lived there now. For a while I stayed on the beach below the cliff and gathered supplies from the dump to build a shack, where I've lived ever since.

O, I Am Fortune's Fool The prince-in-the-castle... He was the only one I've ever loved. Valentine's Day 2003 was the most important day of my life and for all these years he gave me something to live for. And what greater punishment is there than life when you have lost everything that made it worth living?
The loveliest Prince-in-the-Castle who ever did live. I shall never forget Valentine's Day 2003. My one and only gave me true love's first kiss and awakened me; he chose me and wanted to be my Juliet. Now he's my husband and we had a honeymoon and we would go on long walks on the beach, and soon will be our happily ever after. I will return to give him gifts every birthday, Christmas and Valentine's Day - for him I will spend everything. For me, he will give the things he's lost - they fell in the trash waiting to be discovered again. Hair and fur, claws, whiskers, and even an angel feather, I will collect all of Erik's old things. The world tries to keep us apart, they're the gatekeeper villains and we're the heroes of our story, true love will conquer all. 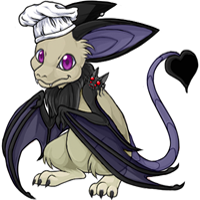 What a fool I am for thinking that I could be anything more than the accursed dragon meant to be slain by the knight... I've been defeated and he has taken everything from me. My story was not meant to have a happy ending.
The worst gatekeeper who keeps Erik and I apart, who lies and says he's Erik's true husband and it's just not true. It's not. I don't have anything else to say about him except that he's a third wheel when I'm trying to spend time with my love. 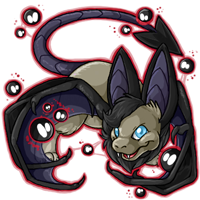 He was my only true friend, and I'm sorry about all the time and money he spent on me. I appreciate the things he did for me to an extent, like giving me clothes to get through the winter and a new bed, but he's done enough now. Leave me to suffer.
A gatekeeper-turned-friend. He used to keep Erik and I apart like Knives did, but something changed. Now he talks to me and tries to help me, and says he's my friend. He buys me new things like a jacket and bed so I won't be cold anymore. I don't know why he does these things, no one is ever nice to me. Except Erik, who is always lovely. JC is helping to bring me to Erik more than ever! I have to trust him since he knows one of my biggest secrets.

I Love You Dragarth Plushie

Knocked Over Trash Can

Love Stories of Sorrow and Despair