Sven has a minion! 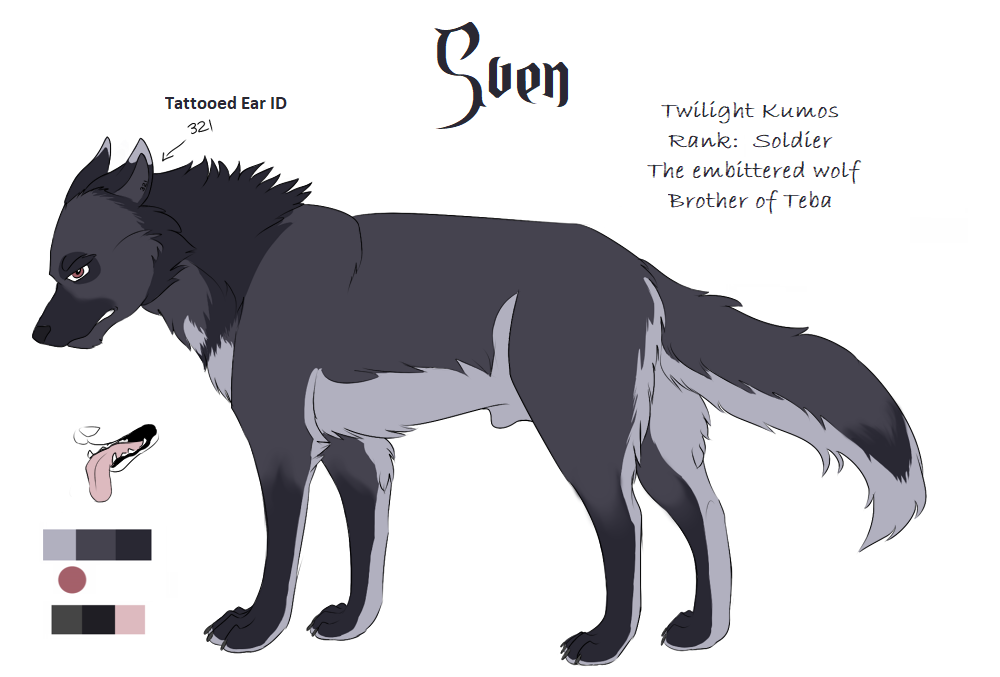 Sven 2021 ref sheet
(on a roll with doing these ref sheets lol, no more template to be had)

Finally done with designing. It was a bitch of a process.

o After Teba's accident, both pups were taken in by a research lab. While they were kind enough to amputate Teba's injured leg, the two were frequently subjected to various inhumane scientific experiments.

o As expected, Sven harbors bitterness and dislike towards humans.

o The brothers have escaped the laboratory twice, with their second escape successfully giving them their freedom, thanks to Elfric.

o During his time in the research facility, Sven's left ear was tattooed with an identification number. The tattoo is only visible when the ear is pulled back and closely examined. Teba
Some fancy name for it doesn't mean anything, Vash. Hanji
Don't think you can always boss me around, lieutenant. Valtam
Try anything towards my commander, and I'll sink my fangs into your neck. I'll be keeping a close eye on you.