Chelsea has a minion! 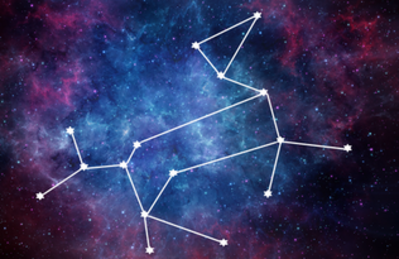 The Daughter of Canis Major

Even the eldest of stars grow brighter as she zips past them. She is able to move freely in space as if there is ground below her paws. She inspects her home, the solar system, to make sure everything remains in balance. After all, she can make it from Mercury all the way to Pluto in just a few hours if she wanted to. Having lived in the solar system for so long, the various atmospheres and extreme temperatures between the inner and outer planets do not phase her in the slightest.

The creature was born from the Canis Major constellation long before the Earthlings began to inhabit Earth. Since then, the solar system gave birth to other creatures, including her mate who was born from the sun’s solar flares. Aside from those that have their own roles in the solar system, other smaller critters born from smaller stars, flares, comets, and more are much younger, weaker, and have limited powers compared to the elders. But to Chelsea, any creation of the solar system is something that she holds dear to her heart.

That is, with the exception of the Earthlings. She cannot forgive them for destroying the once beautiful Earth. She has lost trust in them and believes if any of the creatures of the solar system are discovered by them, they would want to turn them into a ‘science experiment.’ She has not set foot on Earth since their arrival, which upsets her because she must protect the solar system and keep everything in balance. Instead, she lets Lorenzo take care of the planet for her.

Chelsea was in the middle of her usual inspections of the solar system, this time starting with the outer planets. She arrives onto Jupiter’s surface. Inspecting the entire gas giant is unncessary. Her only goal is to examine the storm of the Great Red Spot. Today, it is relatively calm. What the Earthlings do not understand is that it actually reflects Chelsea’s mood. When she is content, the storm is milder than usual. But when something angers her, the storm becomes dangerous, regardless of where she is in the solar system.

Content with Jupiter, she leaves the planet and weaves through the asteroid belt as if it is a simple obstacle course. She observes Mars before landing on the Earth’s moon where Lorenzo and Caydan are there to greet her, but they both look worried.

“I’ve got bad news, Chelsea.” Before Chelsea could reply, Lorenzo positions his tails to where she can look at the eyes. Lorenzo has the ability to use the eyes on his tail to look at any place in the solar system as if he is standing there, looking with his own two eyes. The eyes focus on a place on Earth. It looks like one of those structures that Earthlings has tainted Earth with. Earthlings in white coats surround a glass cage. That cage held Celestial: one of the younger critters born from a star near Earth. Chelsea’s clouded tail begins to grow larger and darker in color as it feeds off her anger.

“Chelsea, calm down,” Caydan soothes. “Do not be rash like you usually are. It’s like what you say: ‘we cannot let the Earthlings know that we exist!’ Regardless of how you feel, you appreciate everything that the solar system has created. You never let me forget that, so don’t forget that yourself!”

Chelsea ignores her mate and sets course for Earth. As she passes Earth’s clouds, they begin to turn gray to reflect her anger. The fearful mews of Celestial become more distinct which allows Chelsea to pinpoint her location. Chelsea touches Earth’s ground for the first time in a very long time and for a brief moment, she feels peace. She missed this planet. The soil feels pleasant under her paws and the trees look beautiful. But seeing it tainted with the Earthling-made creations that they must call ‘home’ disgusts her. She growls in disapproval and the clouds grow darker, almost black. She charges through a window, shattering glass everywhere, and lets out a snarl.

Earthlings in white lab coats gasp and turn around to look at her. Behind them sat Celestial, trapped in the glass casing. Seeing a familiar face makes Celestial cry louder in happiness.

What in the world is that?

It must be a similar creature as this little one.

It’s a new discovery of the solar system. We must learn more about it!

Chelsea does not understand the Earthling language but snarls louder to communicate that she is furious. Thunder from outside crackles and rain begins to fall. Despite her anger and her lack of trust in the Earthlings, deep down she does not want to do any harm. They are still creations of the solar system, and like what Caydan said, she holds everything that the solar system offers dear to her heart. She does not understand how Earthlings came to be, but since they live in the solar system, they must be creations. All she wants is to bring Celestial home.

But Earth still feeds off her anger. It becomes foggy outside and the lightning strikes turn electric blue, just like the lightning she carries with her. The Earthlings peek outside to see dark clouds beginning to form a funnel. A siren pierces throughout the city.

She is creating a tornado!

We have no choice! We must release them to prevent the storm!

Chelsea watches as the Earthlings release little Celestial from her cage. Without hesitation, Chelsea leaps forward and picks Celestial up gingerly. She jumps through the window she entered from.

The Earthlings rush outside to watch her run away. Though the city will still have a severe thunderstorm, the Earthlings subsidized her anger just in time before the tornado could finish forming its funnel to strike the city. They watch her leap into the air and begin to run towards the sky, gravity having zero effect on her. She becomes a spot in the sky until she vanishes forever to return to the solar system.

The Earthlings are curious about the solar system they live in and want to explore what may lie outside of Earth. But some things are meant to be left undiscovered. 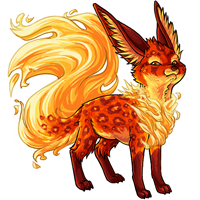 One of the ancient creatures of the solar system, Caydan was born from a solar flare of the sun. My first impression of him was poor, but he came around. Even though he drives me crazy sometimes, he is now my mate and the king of the solar system. 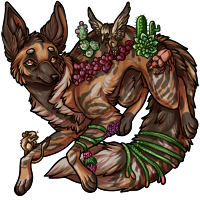 I gave birth to Lorenzo on Earth long ago, even before the first Earthlings made an appearance. He's currently the only creature that was born from two ancient creatures, yet he still has a special connection with Earth. It stresses me out, but he calls Earth his "home" and stays there to repair the land whenever it may be damaged. I just hope he'll never be discovered by the Earthlings. At least I can count on him to keep Earth safe, though. 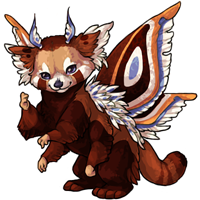 Similar in age to Lorenzo, Cambri was born from the clouds of Earth. I admire her innocence and how carefree she is. She enjoys giving the Earthlings a show by painting beautiful skies for them to enjoy. 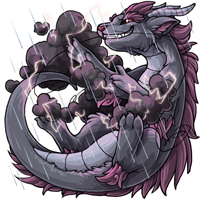 Let's be honest, Zak gives me a headache. I applauded him for evacuating Earth to create peace between the dragons and the Earthlings, but now he is a bit naive. I don't approve of his actions but obviously he doesn't care. 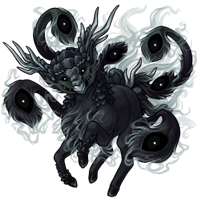 This guy? Screw him. He was created through one of those black holes, so I consider him a threat. Especially since his goal is to become king of not just the solar system, but the entire galaxy. All I can say is that he's messing with the wrong gal.

Overlay by User not found: charlie

Leafeather Orb of the Night Lorenzo
Well, at least I know you'll take care of Earth for me.

Cambri
I look forward to your sunsets everyday. Zak
I can't believe what you're doing. Jonathyn
I hate you. You're going to pay for what you've done.