(Written by his cousin Scorpius)

Since Ayame can't be trusted to behave himself while writing his own introduction I'll have to do it for him instead. *sighs* Ayame: But I can be good! Really good! *winks* *twitches* Yeah...

Ayamezuki is Japanese for month of falling irises, which is the month of the snake of the traditional Japanese calendar. Why is he staying with us? In my house? Aren't we dysfunctional enough you may ask? Well... *shifty eyes* We don't know.. But he's paying rent and isn't freeloading too much so I can't complain. Plus he's my cousin and mother thought it would be good for me to have him around...

Ayame: Awe! Isn't that sweet of you to say? *sly grin* We can go shopping together later if you'd like to! Just the two of us!
Scorpius: *twitch*
Ayame: ...and we can go to this really lovely Japanese place I know afterward. They have absolutely LOVELY private booths. *winks*
Scorpius: *jump-tackles*
Ayame: Oooo! Scorpius you beast! I never knew your emotions ran so strong! *swoons*
Scorpius: BWAAA!!!!
Liley: Scorpius! What is going on here?? (sees Ayame) Oh!
Ayame: *raises one eyebrow and has a sly look on his face* Well now, Scorpius never told me that there was such a lovely and brilliant golden jewel such as yourself here? *winks*
Liley: *blushes and giggles*

Because of, circumstances, the narration is taken over by Kaido who is another "member" of the household.

So... Yeah, I'm suposed to transcribe events here for Ayame. *deep sigh* Soooo... Ayame has Liley's paw in his and is complimenting her on her eyes. Does that reall work? Scorpius is standing there like the idiot he is stuttering. Liley is still blushing and giggling. Really? I'm not sure if I should be impressed and taking notes or what...

Update on Ayame! (written by Scorpius. Again.)
Since Kaido's sister Rosmaria came to stay things have become quite interesting. Well, more like disturbing but whatever. Ayame took an instant liking to her. Giving her fashion tips and making puppy eyes at her. I think he likes her because he finally found someone more dysfunctional than himself. Violette taught her how to make a voodoo doll that looks just like him. That's when I told him to back off. I know all about Violette's dolls. *shudders* He said he wasn't worried.

So, late last night, I found Al teaching that crazy crow of her's some new things to say. Like "Confound these ponies" and "20% Cooler". Yeah... So, I took Gordon back to her room, had to be really quite because she was asleep. You do NOT want to wake her up from her beauty sleep. Trust me. As I was walking past her bed to the door I noticed she was holding something brightly colored. Now keep in mind, she decorates her room in green and silver with lots of black so it kind of stood out a bit. I stepped a little closer and that's when I noticed her Ayame doll. Needle free and looking very snug in her arms. At about that same time I noticed her giving me the death glare of all death glares. She said "Tell no one." I nodded and ran. 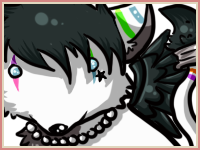 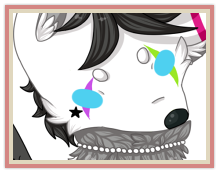 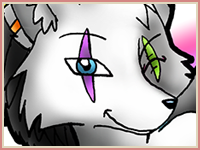 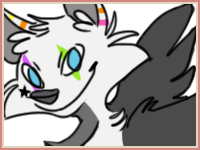 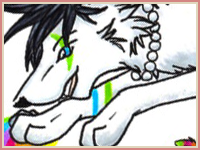 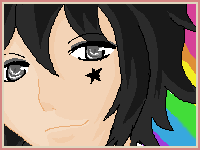 Credits: Overlay by (username lost) - Profile and contents by Ringo

Pet character inspired by Natsuki Takaya's charcter Ayame Sohma from the manga Fruits Basket. Minion is named after Ayame's younger brother Yuki who represents the rat from the Chinese zodiac.

Many of my pets belong to one big dysfunctional family. To see the full character list and read more about them visit Topiary's page HERE

A Guide To Dirty Dancing

Flirting on the Dance Floor