Taz has a minion! 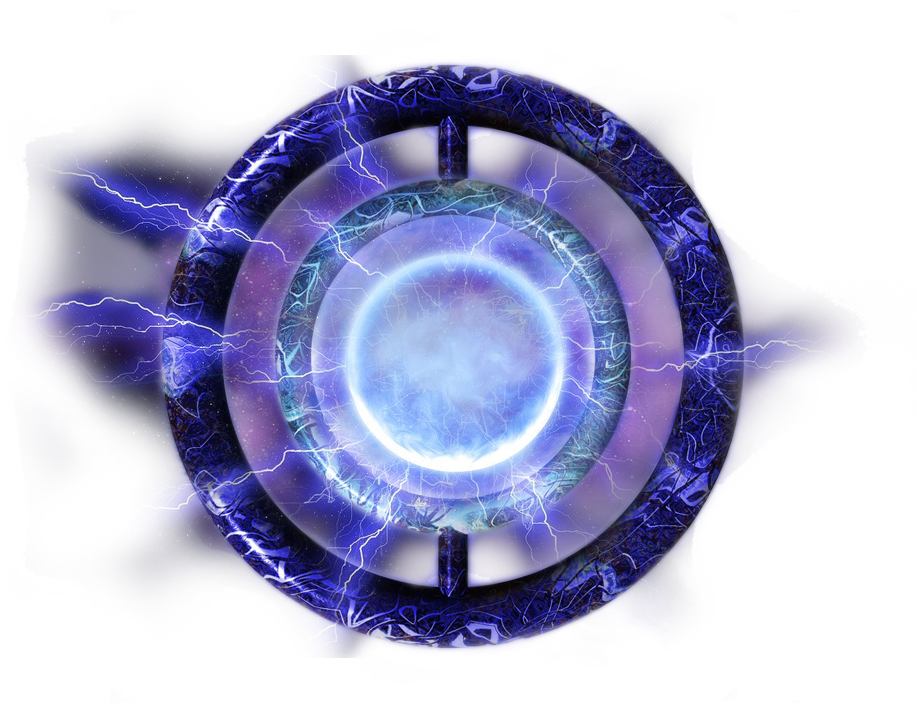 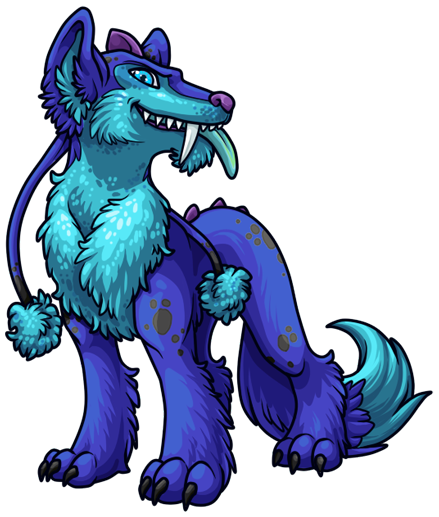 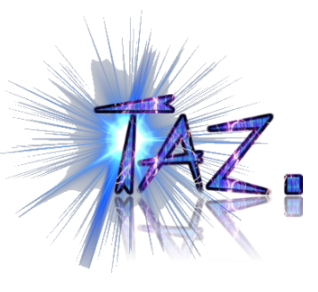 "There are three things to remember about being a starship captain:
Keep your shirt tucked in,
go down with the ship,
and never abandon a
member of your crew."

He stares out on the endless boundaries of the universe and feels the usual rush of joy and pride he has known since the day he achieved the rank of Star Cruise Captain. His minion Azzira, loyal and ever-faithful, was his only companion then. He is well-pleased at how his family has grown.

His ship is a state-of-the-art passenger ship. His wife Leyla, the ship’s Cruise Director, keeps guests entertained by booking Subeta’s most popular bands, challenging their taste buds with new culinary combinations and giving them ample opportunities to network at conferences with topics ranging from Precious Metal Mining to Applied Break Dance.

The Twins have just reached the age where they may sample anything they like in Libertine Lounge without raising eyebrows. Mars and Neptune work on the cargo deck, a brilliant additional that allows Taz to haul useful merchandise in the off-season when tourism numbers are down.

His youngest daughter Andromeda (who goes by Andi) is Head of Security, despite her age. Only seventeen years old, she can already out-code many lifelong students of the technological arts. The safety and comfort of guests is the priority of the entire family, though the threat of space pirates is ever-lurking just beyond the gravitational pull of the next moon…

Taz strolls confidently down the length of the deck, smiling slightly as he tunes in on Leyla’s patient explanation to a couple of elderly montres about how to play shuffleboard.

”The stick doesn’t go in your ear, Mrs. Tailfeather. Here…let me show you again.”

There’s no hint of impatience in her voice. She truly loves helping others, no matter how many times she has to offer the same explanation.

A ping brings the captain’s attention to his private comm link. Andi frowns up at him.

”Hey, Dad. I’m getting a weird reading from Lapida Majora…I think you’d better have a look at this.”

Azzira is perched on his shoulders as he makes his way down to Security Deck One. She hisses at what lurks on the infrared screen.

”Good catch, Andi. These blasted space pirates are getting bolder all the time.”

He pings Mars, transmitting an image of Andi’s screen. Always the more battle-ready of the twins, Mars flashes his teeth. “We’re armed to the teeth and we’ve got enough deflector shields and decoy drones for everybody on board. I almost feel bad for those pirate scum.”

”Just remember…the passengers and crew above all. Fleeing doesn’t make us cowards if every person aboard is alive after the encounter. Where’s Neptune?”

“Checking the tie-downs for about the six hundredth time. You know he’s really just gawking at those new neon hover-bikes.”

”I want all three of you to suit up…just in case.”

Leyla has been listening in on the family’s private channel. She begins to gently guide the passengers toward their cabins, promising they’ll be more comfortable in their bunks while the ship goes through an intergalactic hop.

”A bit of a meteorologic disturbance in Quadrant B. Happens all the time. We just don’t want anyone taking sick and missing tonight’s tropical luau. There you go dear, watch your step now.”

The five family members and their minions are the only ones left on the main deck when the pirate ship comes into view.

It’s an older mode, one still running an old-fashioned fusion drive engine. The ship by itself would have about as big a threat level as a sheet of tissue paper.

The massive photonic cannon mounted to the belly takes away any illusion that this foe is weak.

He is entirely calm as he stares at the weapon that could disintegrate his whole ship with one shot.

”They have one chance. That thing will take ten minutes to recharge. Then it’s our turn.”

The pirates, unfortunately, are not stupid. So begins an epic game of feli and wyllop. (The passengers are watching a new release on their view screens and are totally oblivious to the action.)

It takes every ounce of Taz’s considerable skill to maneuver his ship into what seems like a no-fail kill position. He barrel-rolls at the last possible second to avoid the crackling ice-blue bolt that passes harmlessly to the side.

The sullen pirates are taken captive and hustled down to Containment Deck C without further resistance. Taz has to restrain Azzira. She’s an army of one whenever she scents a space pirate.

The passengers are back to their former pursuits within five minutes. They’ll never guess they were present for an epic space battle.

Taz is smiling once again. That ignorance is a sign that he’s done his duty and done it well.