Styx Moondreamer has a minion!

The setting sun was at just the right point. Golden rays struck the round stained glass window of the Great Library, painting its swirled marble floor in crystal shards of brilliant color. The fur, feathers and scales of the Scholars were similarly dyed though few paused in their studies to admire the effects.

From his perch in the rafters, Styx could see all seventy animals chosen to analyze the knowledge of centuries. What he saw made him proud. Wolves and sheep calmly debated points of philosophy. A lynx reached for a book on the top row of a walnut bookshelf, assisting a pair of jackrabbits researching weather patterns. All animals were equals in the Great Library and hunting was strictly forbidden.

The rustling of a great pair of wings caught his attention. He smiled as his mentor Vyromere ruffled his feathers and shifted his talons to find a comfortable perch.

There was a time Styx shuddered at Vyromere's approach. The giant white owl was precisely the type of monster Mother Moondreamer had told stories about when she flew around the home cave, kissing each of her hundred and seven children good night. Though he had not lived in a bat cave for many years, Styx could still hear the whisper of his mother's voice when he closed his eyes at night.

He knows now that the one who had opened his mind to vast fields of knowledge would never harm him.

"Are you ready for today's lesson, Styx?"

Styx flapped his wings a few times, a sign of his nerves. "I still don't understand why you want me to teach them, Vyromere. You're the one who studied with the greatest human scholars before their species was driven to extinction. There isn't an animal in this forest that doesn't look up to you, even those that refused to give up the old ways and take the Scholar Oath."

Vyromere laid a wingtip on Styx's shoulder. "You have a gift, Styx. You make the passages of history come alive as not even I can. Humans lost all they had built through their ignorance and greed. I will not allow the same to happen to our cousins of fin, fur, and feather."

"Will you be there?"

Vyromere sighed and looked up to the upper level of the library where he made his home. "You know I would like to be. I am on the verge of translating the critical human texts and I must complete the decoding before I lose the last light of the sun."

"Your work is so important, Vyromere. I would never be the one to keep you from it. I just...it's easier to have you there. You're so reassuring."

Vyromere laughed softly. "You will excel, Styx Moondreamer. The hours of dusk are your domain."

Styx smiled a bit, saying nothing of the bolts of raw panic shooting through his veins as he took flight. It was an inner battle he fought every time he had to take wing and perch down on the podium. The pleasant rush of air against his leathery wings could not even take his mind from the hundreds of eyes suddenly fixed on him as the Scholars gathered around.

"Good evening, class. Tonight we're going to discuss the Battle of the Last Men." He reached for his pointer-stick, missing his grip and sending it clattering to the floor. He nearly took the canvas screen from the wall with the tip of his wing as he fumbled to recover it. The younger members of the class snickered mercilessly.

Styx signaled to his dear friend Spitz. The little Firecracker Bug took wing, flashing his colorful wing casings in a pattern that brought the giant moths in the rafters swooping down to dim the lamps. Silence fell on the room as a single large candle behind the display screen lit the surface in a soft glow.

Styx raised his clawed hands to the light. With the help of Spitz he could form shadow shapes that awed the imaginations of grasshoppers and grizzly bears alike. He began to tell the tale in a soft voice, his former fears forgotten in the trance of reliving history.

Humans made the mistake of believing they could conquer Mother Earth. Our Mother is a grand and patient lady who adores her many varieties of children, but even great patience has a limit.

Mother sent many signs that even the most headstrong wolverine could not fail to notice. Humans cut out that part of themselves that allowed them a bond with the earth they once traveled with nothing but scraps of hide and crude spears to distinguish them from all other beasts. They waved away earthquakes, freezing winters, violent storms and terrible droughts because the human mind was able to overcome whatever the natural world threw in its path.

Humans could not accept that Mother is as much alive as you or I. To them, she was clumps of dirt and stone smashed together by cosmic forces to suit their will. We animals trembled on the day Mother's wrath was unleashed with many of our ancestors earning harsh words and the lash of a whip.

The fatal event was not some epic explosion or furious wind that whipped down kings and beggars. It was a single seed that fell from the tall height of the World Tree in the center of the Earth.

The poison at its center leeched up through Mother's core, bubbling out a small crack in the earth to form a puddle that one foolish human child mistook for rainwater. He splashed his plastic boots deep into the puddle, drenching two other small children and an unhappy grandmother. These five walked home holding hands, never suspecting they carried death with them.

Grain-bearing plants soaked up this new liquid and found it very nourishing. Our ancestors quickly learned which plants were still safe to eat and which would make them ill and while a few species were tragically lost, animals fared well in the days of Human Doom. Those humans not taken by the terrible plagues were reduced to savage creatures that would take food from the hands of their own young to satisfy their own cravings. Their brilliant minds could not discover a solution to such a catastrophic loss of food. By the time they determined which grains were responsible for their doom; it was too late to reverse the effects of Mother's anger.

The Last Great War lasted for almost three years. When they could not make meals of those animals that humans had consumed for centuries, the humans became angry and began to slaughter out of spite. The lives of many innocent cattle, chickens, and sheep were lost.

Our home was one group of people to take part in the Battle of the Last Men. The people here were simple farmers who did not rely on chemicals to grow their food. Perhaps Mother had just a little pity for what she had done because the water in this well was perfect. The humans here never turned to mistreating their animals and they cared for the children and elders first. Their goodness could not shelter them from those wandering survivors, though. They went to the distant shoreline of the ocean, placing all their children in the care of one old man and his shaggy white dog. Those of you gathered here are descendants of the wild and tame animals that witnessed the departure of those few humans still alive at the dusk of the human world. There are some who like to think those humans found a new home and that Mother decided to provide for those good few. We may never know their fate, for even the migrating geese have seen no signs of them, though there is the tale of Old Gander who swears he saw the thin ribbon of smoke from a human fire.

The Great Library was founded by our glorious leader Vyromere, the Great White Owl. He taught himself to read human texts and founded the Scholars. It is our task to work hard every day to build our new world where animals are slaves to none and can raise their families in peace. We must learn from the mistakes of the humans so that no species of animal will ever be at risk of losing the touch of Mother's voice in the backs of our minds.

Spitz rode on Styx's shoulder as he swooped through the rafters and came to rest on the little ledge outside Vyromere's shadowy cave. Even in the dim light the owl's white feathers shone. Vyromere set aside the scroll he'd been reading.

"The light never lasts long enough at this time of year. Come in, my friend. Your eyes are younger than mine."

Styx took care to set the hare where Vyromere could easily find it. They could not hope to rid a carnivore of deep-seated instincts which was why their meat-eating students were allowed passes to hunt not only for themselves but for their teachers. Styx had already consumed two field mice taken from an area where prey was in abundance. He'd taken great care not to let young Dewtail see his selection. She was already so shy about expressing her opinions in class. It would not do for her to find out her teacher would be eating one of her distant cousins.

"Is that the Human Ideals scroll again?"

"This is a man the humans considered great. I want to figure out why."

"He was a brute who used the instincts of animals to prove his theories with no regard for how his experiments would affect their lives. Those poor dogs had to go through life drooling at the sound of every bell they heard."

Vyromere clacked his beak. "I do not disagree but humans thought him important. His name appears in many of the books they gave to their children. There must be a pattern here, Styx. We can find out what drove humans to lose their connection to Mother. I know we can!"

Styx picked up the next scroll on the pile and began to read. He did not have the heart to ask Vyromere what they would do if they could not establish a pattern. What if humans had chosen to ignore Mother's call until it was lost?

Would another species be put to the test now that humans were gone? 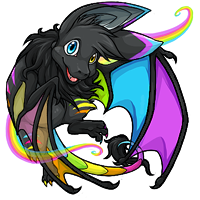 Ziara: A History Through Headlines

A History of Fireside