Ziri has a minion! 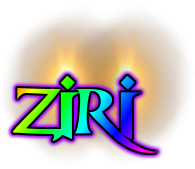 “To say the word Romanticism is to say modern art - that is, intimacy, spirituality, color, aspiration towards the infinite, expressed by every means available to the arts."
~Charles Baudelaire~

“Museums play a crucial role in preserving local culture. With careful documentation and artifact preservation, a culture can be recorded and remembered regardless of its future. It can also be shared and understood by those from different cultural backgrounds."
~Catherine Workman~

As Director of the Delphi Museum of Modern Art, Ziri has what one would call a well-established appreciation for true art.What makes true art can be argued, particularly among the cultured folk who make up Subeta's creative scene. Whether you prefer the classical, the modern, or the downright abstract, there is sure to be a wing to please you within the Museum. Ziri insists on this. She hires curators and artists from every land and walk of life. We all deserve to be represented and appreciated.

It took several years of hard work (and an embarrassingly large number of coffee runs) to work her way up to the Museum's top position. She has known the financial hardships of being an underpaid art intern. She has put on an enthusiastic smile and given museum tours that even critics could not smear in their gossip columns. As a curator, she secured one of the most beloved exhibits of all time, a collection of ancient Omen Island masks that several museums were clamoring to get.

Dante was an enormous help in her rise to glory. Her minion has a serious appreciation for color, line and form. He can spot the next masterful display almost as if he has some kind of psychic powers. He also knows a forgery with barely a glance and will snarl most threateningly when some scam artist tries to pass off a cheap replication for the real deal. He would never hurt a fly but he can certainly intimidate, when required.

She paints in what little free time she has, always secretly wishing there were more hours in the day. Her paintings always sell for record rates and the bidding wars that get going between local galleries hoping to display her work can be a little ridiculous. She'll certainly never run out of money to keep her home well stocked with artistic marvels.

Speaking of home, she is happiest when relaxing in the primary living room with her husband. (Like most great artists, she has several of each type of room in her house, each with its own distinct theme and colors.) He oversees restoration efforts for the Museum and has been called into several sites of historical importance after natural disasters to ensure future generations will not be robbed of great art because of a hurricane or tornado. They once met on a site where thieves had nearly destroyed one of the Omen Island's oldest cave art locations. To Ziri, destruction or desecration of any really good art piece is not only a crime. It's a sin worthy of smiting by Shinwa!

The couple has two children and three grandchildren, all of them with an eye for color. Their daughter does traveling exhibits to increase ticket sales for the Museum in parts of Subeta where art is not the center of life. Their son is an exhibition artist, his murals beautifying brick walls and bringing life and color to drab gray concrete.

Her spacious office, which doubles as her studio, looks out on a breathtaking view of the ocean that has inspired some of her best work. A small teal bowl is kept filled with the little chocolate-covered mints that are her favorite luxury food. She often munches these absentmindedly as she sketches ideas for the Museum's up-and-coming exhibit or adds the final layer of paint to her latest landscape canvas.

A hard worker and a detail-oriented artistic master, she hopes to spend her twilight years bringing the joy of art to an entirely new generation.

Mourning for letting me
adopt her under the name Cuse~ <3

Painted Graves and Other Cemetery Art